Cherubs or correctly called Cherubim when referring to more than one; are in the 1st Rank of the Nine Choirs of Angels. Together with Seraphim and Thrones. Their name means 'All Knowing' and can also be spelt as Kerubim. They are the second highest to God and are entirely turned to Him, even seen as part of Him.

They have been seen in many decades and cultures as cute babes or young children with innocence and purity. This it seems was a way of depicting the pure essence of divine love; a complete innocence and positive energy untainted by anything at all. I think it is a beautiful way to see this extremely high power and unassuming authority in the Angel Art we have around the world today.

However their name is thought to possibly derive from 'Kerub', a Hebrew term meaning "fullness of knowledge" or "one who intercedes". This came from the Akkadian term Karabu, who was a winged Guardian being of Assyria. The Karabu had the bodies of sphinxes or bulls and the heads of humans. Their job was to guard the entrances to very important buildings. As to say to get to God you must go past them.

The Cherubim of the Israelites matches this with the sphinxes of the ancient Near East, serving as both Guardian and Throne. Cherubim are mentioned 91 times in the Hebrew Bible. They also are described in REVELATION in the New Testament. They make their ﬁrst appearance in the Bible in Genesis 3:22. God places them at the east entrance to the Garden of Eden, guarding it with pure untaintedlove.

Another description is in EZEKIEL 1:4–28, when Cherubim appear as living creatures having four faces and four wings. Ezekiel is by the river Chebar when he has a vision of a great cloud ﬂashing ﬁre, and a ﬁre gleaming like bronze in the middle. The four living creatures each have the faces of a man, an ox, a lion, and an eagle. They have four wings, two of which touch the other creatures and two of which cover the body. They stand on straight legs that end in calf’s feet. They are like burnished bronze.

There are many religious descriptions however the underlying tone is that of being Guardians, listening only to their creator, defending him and ushering all below them to walk in his light and protection. This is why in our Modern Age we see them as beings of peace, protecting our loved ones. However we must remember their strength and ability to pour love into our lives. They work high above our Guardian Angels and advise them spiritually in ways of enlightening us to our faith and love of all things divine. 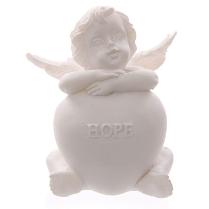 Cherubs have Crystals associated with them and I have included a list below to help. They are only mentioned a handful of times, as beings so close to God they do not require material objects. However they appreciate we may need to feel connected through something physical.Use these crystals by carrying them on you, creating a crystal or Angel alter or crystal grid. Meditate with them by holding your gem stone and setting the intention of calling a Cherub to help you or to protect a loved one either here or in the spirit world. If you would like to look at the crystals we have in stock please view our crystal gifts page or pop over to view our Angel Gifts to see our Cherub collection.

To connect with Cherubs you simply have to ask!

Cherubim are known for their purity and messengers of pure love in people's lives. So if you are needing to feel complete, whole, loved or even to be in love then ask for a cherub to assist your journey. They will clear away anything that is stopping you from seeing your own divine light and attracting the love you desire. A cherub is extremely powerful and will work with your Angels and spiritual team to give them the wisdom or records required to guide you. To place you in light where you can see the love in everything around you and attract only positive people or situations.

Try saying..."Dear Cherubim of the highest orders, please assist my journey whilst here on earth. Allow me to see divine love and experience the purity within. I thank you Cherubim for setting me free to know only love, light and peace." 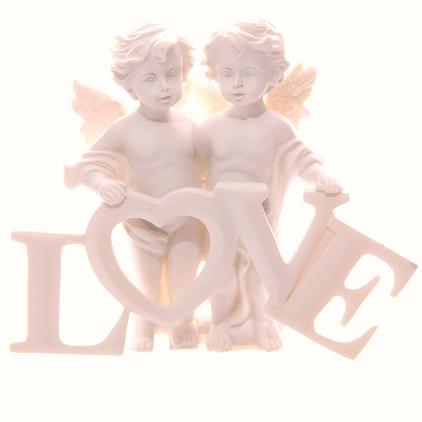 About Angel Wings Art
We want to give you great customer service with a friendly, personal touch where you can find all your Angel needs! Our passion is the Angelic Realm and all the wondrous things that the Angels can help us with. We hope our one stop shop will give you a fantastic shopping experience and you can discover all you need to at the same time about Archangels, Connecting to Angels and Working with Your Guardian Angel. If we can help in any way please do get in touch as we are happy to create bespoke Guardian Angel Gifts for loved ones, special occasions or to help your personal connection.